When church law engrafted upon civil law, the full persecution for witchcraft arose. A witch was considered to be a woman who deliberately sold herself to the evil one, who delighted in injuring others, and for the purpose of enhancing the enormity of her evil acts, chose the Sabbath for the performance of her impious rites. All black animals were held as her principal familiar. The possession of a pet of any kind at this period was dangerous to a woman. The devil depicted in sermon and story as black became the transition of ideas associated with evil and witches. Black cats frequently were burned with a witch at the stake, during the reign of Louis XV. Sacks of  condemned cats were burned upon the public square devoted to witch torture. The sly, nocturnal animal gave a new impulse to creepy tales with their glistening eyes and unearthly yell. 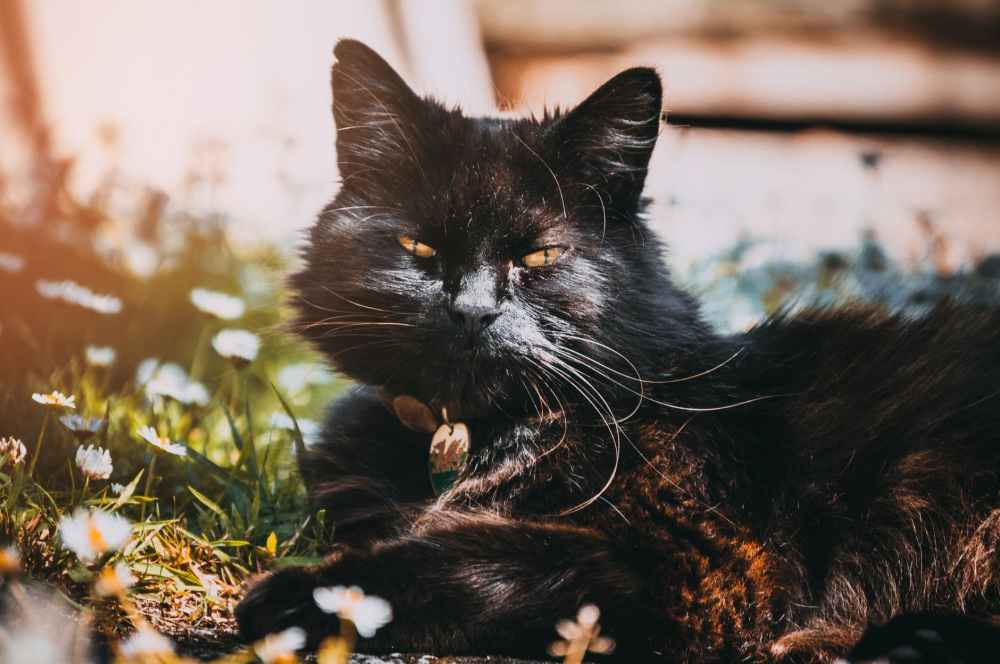