Have Bag, Will Travel 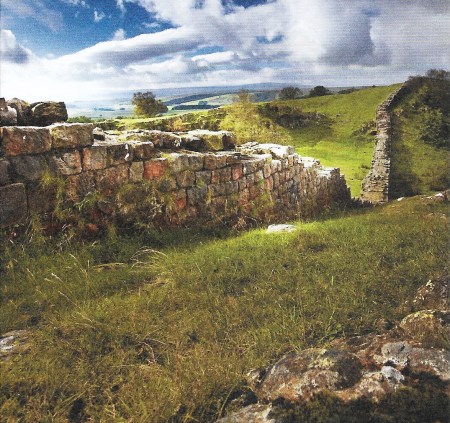 For our few days in the caravan at Whitley Bay we didn’t do a great deal that was different from our weekend there the previous year, this time we were entertaining family, but one thing that we did do was to visit Hadrian’s Wall.

Although a lot of people think that the Roman Emperor’s Wall marks the border between England and Scotland it never has and never will because it runs a conveniently short distance between Wallsend near the River Tyne in Newcastle and the Solway Firth in Cumbria. When it came down to military expediency the Romans didn’t concern themselves too much about geography.  The wall is entirely within England and although it is close to Scotland in the west at its eastern end the wall is fully seventy miles south of the River Tweed.

Hadrian’s Wall was a defensive fortification in the Roman province of Britannia, begun in AD 122…