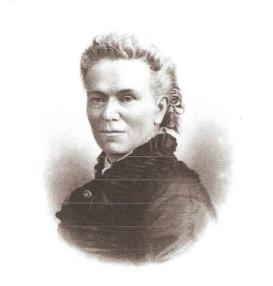 There are other women in history that fought for women’s rights, yet not as domineering and far-sighted as Matilda Joselyn Gage. The ceaseless aspiration of her soul was that humanity might be kept from all forms of oppression. Love of liberty for herself, her sex, and for all humanity was like a flame in her soul. Once she arrived at a conclusion on any subject, Matilda remained strong in her convictions and fearless in regard to expression. Her moral courage defied public opinion to the point of aggression. She rendered herself liable to fine and imprisonment for the crime of feeding the hungry, giving shelter to the oppressed, and helping the black slaves onto freedom. Matilda signed her name to a statement saying she would provide aid to any slave that sought liberty. Can you imagine a woman such as she in our time? Think of the #Me Too Movement with her in charge. She defied the 19th century laws that denied women their autonomy and liberty. Inspired by the Six Nation Iroquois Confederacy’s form of government, whereby the power between the sexes remained equal, this practice of women’s rights became her vision. Her lifelong motto emblazoned on her gravestone stated: “There is a word sweeter than Mother, Home, or Heaven; that word is Liberty.”

Drawn to the women’s suffrage movement, Matilda felt women had the right to vote as taxpaying citizens. She ensured that every woman in her area of NY had the opportunity to vote by writing letters and making them aware of their rights, and sitting at polls so no one was turned away.

Christian doctrine and authority portrayed women as morally inferior and sinful. Matilda believed the greatest injury to women arose from theological laws that subjugated women to man. Under Christian law, a wife wasn’t allowed control of property, even if she owned it before her marriage, nor did she have the right to dispose of property at the time of her death. The greatest wrong to a woman was the denial of right to herself. Nowhere has the martial union of the sexes been one in which women had control over their own body. Matilda believed that women should have the right to free themselves from an adulterous husband and keep their own body as a holy temple. She remained a supporter of women’s rights throughout her life. We need strong women such as her in today’s world. We have fought so long for our rights, yet some of the male republicans in politics are trying to force us backwards and take women’s rights away.